Since its inception in 2011, the annual Kenneth G. Wilson Award for Excellence in Lattice Field Theory has recognized physicists who have made recent, outstanding contributions to lattice field theory.

The award is presented each year at the Lattice International Conference, recognizing research that made an important contribution to lattice field theory within three years prior to the conference. Physicists honored with this award receive:

The award is named after Nobel Laureate Kenneth Wilson (1936–2013), who founded lattice gauge theory in 1974, permitting such theories to be studied numerically using powerful computers. Wilson endorsed the first award by writing a letter to the community reaffirming the importance and research challenges in this field of physics.

For fundamental contributions to calculations of parton physics on lattice.

For pushing the boundary of finite volume quantum field theories.

For excellence in the study of hadrons and nuclei in lattice QCD and for pioneering the application of machine learning and artificial intelligence techniques to lattice field theory.

In light of the cancellation of the Lattice 2020 conference due to the pandemic, the 2020 award ceremony will be a virtual colloquium hosted by the Bonn group (the Lattice 2020 LOC) during their Bethe colloquium series on November 12, 2020, at 16:15 Central European Time (10:15 a.m. US Eastern Time).

For his outstanding contributions to the calculation of the hadronic light-by-light scattering component of the anomalous magnetic moment of the muon.

For fundamental contributions to lattice field theory in a finite volume that are essential for performing lattice simulations of complex systems.

For groundbreaking contributions to the study of resonances using lattice QCD.

For outstanding contributions to our understanding of electromagnetic effects on hadron properties.

For substantial and timely contributions in new research directions in physics of the bottom quark using lattice QCD.

For significant contributions to our understanding of QCD matter in strong magnetic fields and to QCD thermodynamics.

For significant contributions to our understanding of baryons using lattice QCD and effective field theory.

For their paper titled “The K → (π π)I=2 Decay Amplitude from Lattice QCD,” which addresses one of the longest-standing challenges in our field. This work has led to the first reliable results in weak kaon decays.

For their paper titled “Two-flavor QCD correction to lepton magnetic moments at leading-order in the electromagnetic coupling,” which describes a new application of lattice methods, applied in a timely fashion, and making an impact on an important (current) discrepancy for the muon magnetic moment. 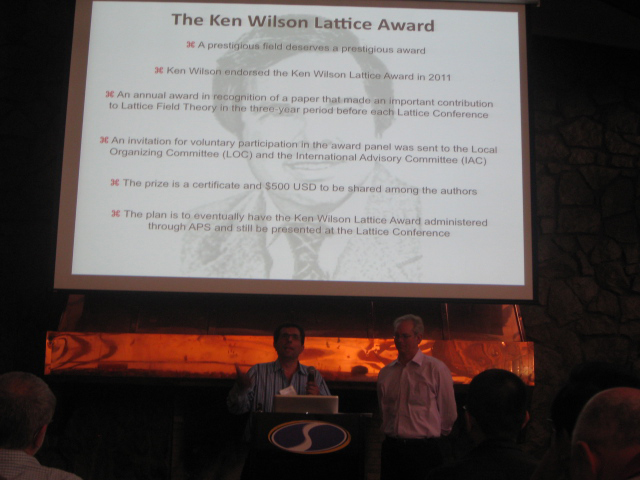 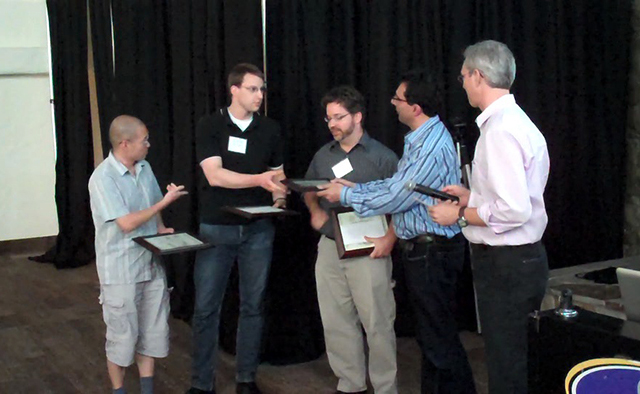 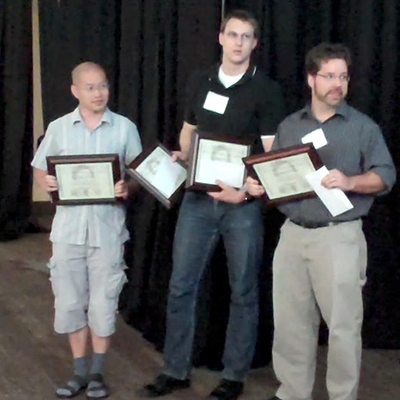 The prize is given annually and consists of a certificate citing the contributions of the recipient, a modest monetary award, and an invitation to present the cited work in a short plenary talk at the 40th International Symposium on Lattice Field Theory to be held in in Fermilab on July 30–August 5, 2023. (The registration fee for the conference will be waived.)

The award recognizes outstanding physicists who are within seven years of completing their PhD at the time of initial nomination, plus any career breaks. The research recognized could be either a single piece of work or the sum of several contributions.

This year, for the first time, the committee will consider self-nominations in addition to the standard nomination procedure. Both kinds of nomination will be treated in exactly the same way.

Nominations should be made following the template, which includes:

The use of the template is optional, but nominations should include all the relevant information in the same order and keeping to the word limits requested.

The nomination should include a proposed one-sentence citation justifying the award.

Reference letters should explain and justify why the nominee should receive the award.

Each year, a panel of voluntary judges reviews the nominations.

Nominations are reviewed in the year received and remain under consideration for up to two additional years. (Self-)Nominators and reference writers may submit updated information for nominees who will be considered a second or third time.

Nominations of scientists from all nations are solicited. Recipients are not eligible for a second award.

First-time nominees for the 2023 award must have received a PhD (or equivalent) after December 31, 2015, with suitable adjustment in cases with career breaks. As stated above, nominations will be reviewed in the year received and remain under consideration for up to two additional years.

Nominations and reference letters should be emailed to the chair of the selection committee before May 21, 2023.